My Visit To Xcaret - Part 2

Here is a view of the rivers that everyone can snorkel around the park in.  This was my second trip to Xcaret.  The first time it was in July and it was very hot.  Being able to explore the area in the water was very welcome. 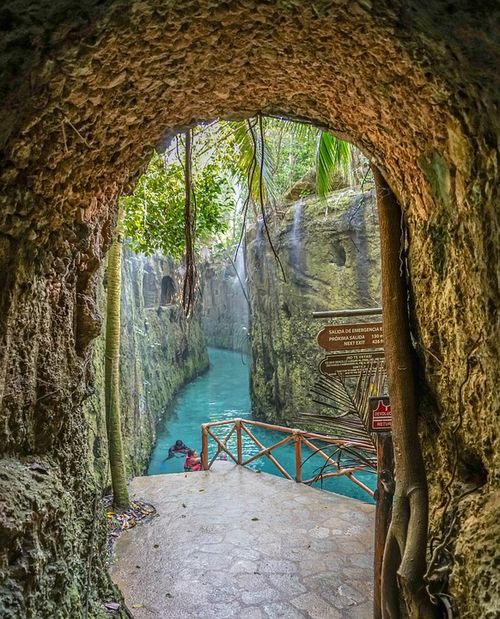 I am really not one too visit theme parks especially two days in a row, but Xcaret in Cancun Mexico is an exception.  As I discussed in my previous post HERE, this is not an inexpensive theme park but it offers so much.  I really do think that there is something for everyone at Xcaret.  Cancun has grown into a very large tourist destination and I really felt like I was getting away from all the people while getting to spend time out in nature with animals of all types.  The scenery was absolutely beautiful, the buffet lunch was excellent, and there are plenty of places to sit down and relax. My Visit to Xcaret - Part 1 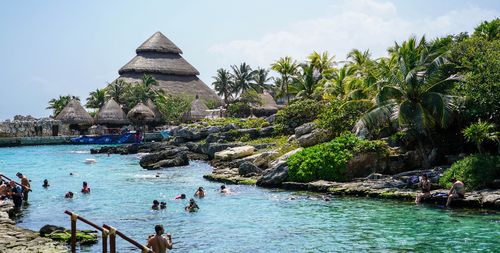 Visiting Xcaret was definitely the highlight of my recent trip to Cancun, Mexico.  There are some things that I would do differently when I return.  I definitely plan to return as I love Cancun and Xcaret is such an amazing way to spend a day or two.  I really wish that I had Spent two days at this amazing attraction as I felt there was too much to see in one day!   I will be writing two posts about Xcaret because I have so much to share. 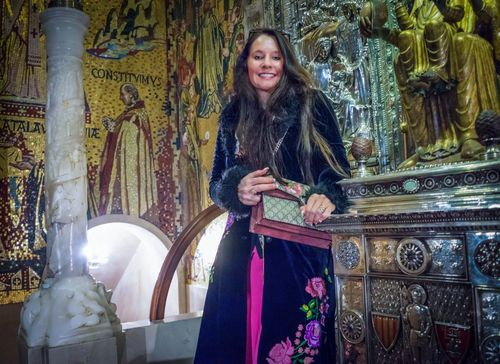 Visiting Montserrat was one of the highlights of my trip to Barcelona Spain.  Although the skies were gray that day unlike most of the days I was in Barcelona, it was so nice to take a ride out of the city into the mountains and fresh air.  It was very interesting learning about the monastery, its history and the Black Madonna.  I asked a stranger to take the above photo of me above standing next to the Black Madonna which you can't see.  I never look at my camera after asking someone I don't know to take a picture.  I don't want to bother them for a second one.

Please remember that you can use my photos from all over the world for free and not worry about getting in trouble.  There are various sizes available here

Here is a photo of the Black Madonna which only stands 38 inches tall. 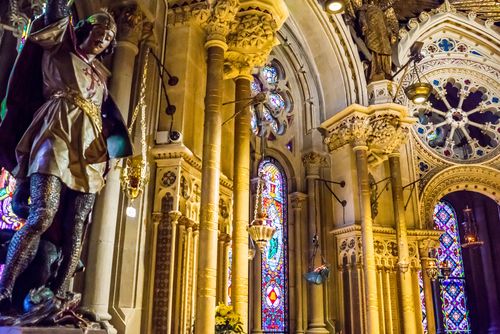 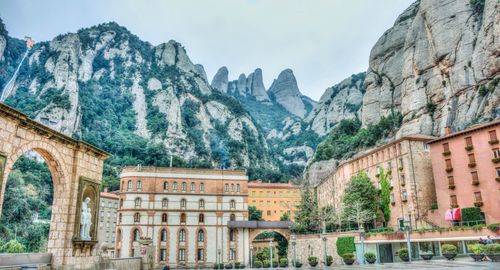 The cathedral was very beautiful and so well maintained.  It was so nice to visit this touristic area on a day when so few people were there.  That was a definite advantage to visiting Barcelona in January versus the more popular times in the spring and summer.  It got a little cool at times and there wasn't as much daylight, but it definitely was not as crowded and easier to take photos.  I did get lucky as it did not rain any of the 10 days I was there.  I think this was the only day where the skies were not bright blue. 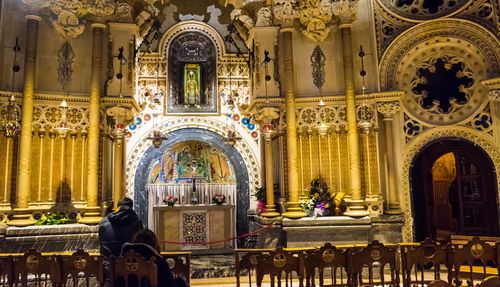 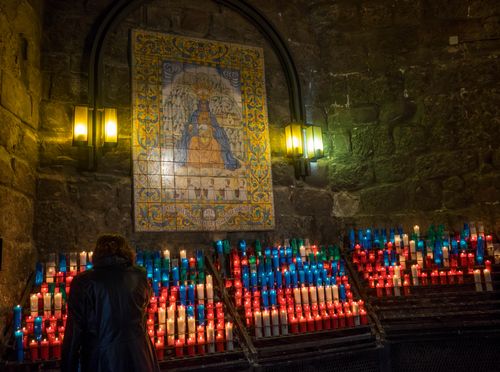 I enjoyed this trip as it was nice to leave the city and see the beautiful landscape of mountains in nature.  The fresh air was definitely welcome as I am allergic to dust and being in the city can be difficult for me.  I would definitely recommend this tour to anyone visiting the Barcelona area! 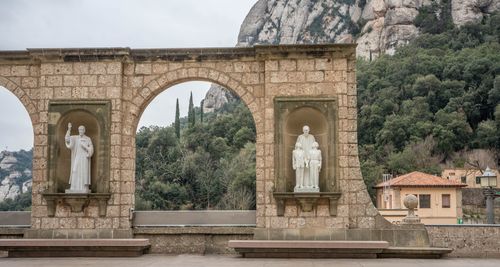 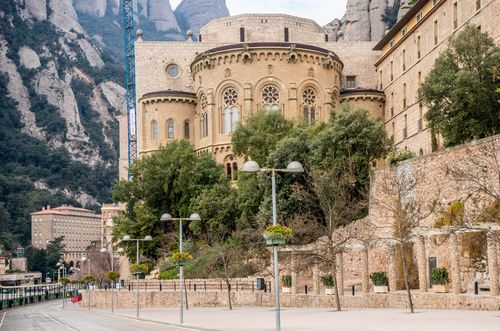 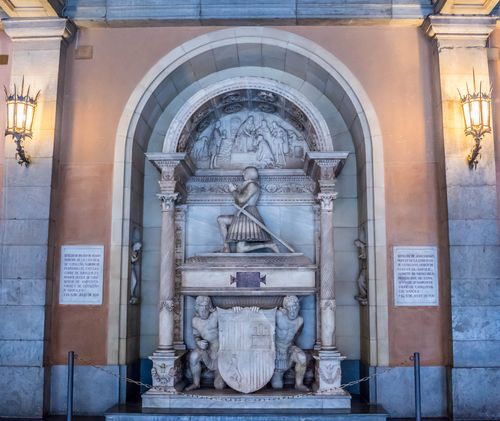 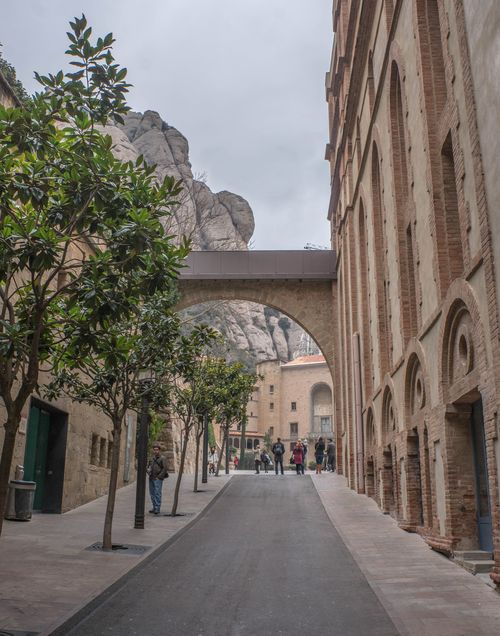 I appreciate you stopping by my blog as always.  Please feel free to leave your thoughts and/or comments.  I hope you all have a wonderful week.

A Historic Cinematic Trip Across Europe


Cinéma du Panthéon: Paris is home to an entire host of beautiful old theaters, but the Cinéma du Panthéon is just a bit more special than most.  For over 100 years, the screen in the Panthéon has been operating daily without any interruptions, making it the oldest functioning movie theater in Paris. 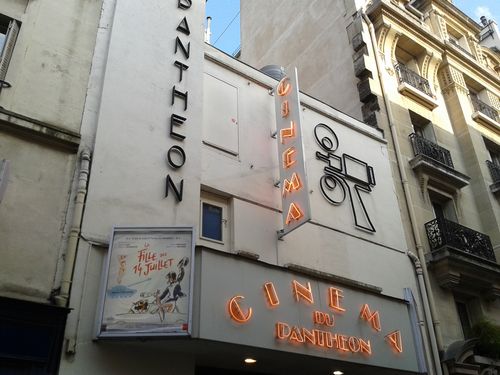 The Panthéon is also inextricably linked to the Nouvelle Vague, or French New Wave, movement. One of its former owners, Pierre Braunberger, had “discovered” Nouvelle Vague icons like Jean-Luc Godard and Jean-Pierre Melville and heavily promoted the movement. Today, the Panthéon regularly screens independent films. 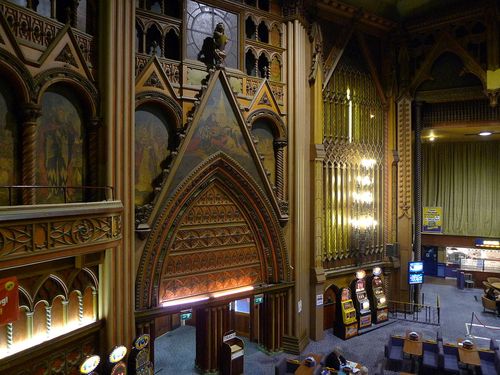 The building’s current owners, Gala Bingo, have been ramping up  their online bingo offerings in recent years, but they don’t seem to have any plans to let go of one of the most luxurious bingo halls in the UK anytime soon -- especially since it was officially recognized as an asset of community value last year.

Spazio Oberdan - Built towards the tail-end of the 18th century, the Spazio Oberdan in Milan’s Piazzo Oberdan lay in a dilapidated state for a number of years until it was renovated and reborn as a cultural center in 1999.


These are just a handful of the many breathtaking cinemas found all over Europe. Be sure to stop by when you’re visiting; it’ll be an experience you won’t forget.