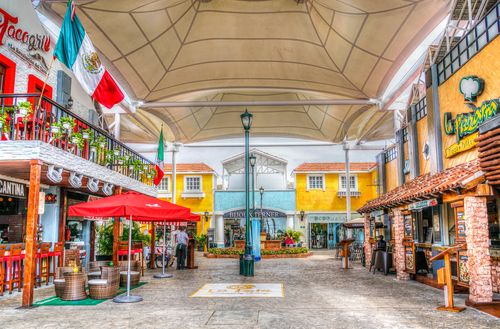 I don't really like to shop when I am traveling so I only spent about two hours in this area.  While there I was reminded of several trips I have been on with friends.  I know that many women like to shop and that is fine.  I'm not much of a shopper but especially when I'm on vacation in an exotic place where I would rather be exploring and sightseeing.  Many people are surprised that I travel alone but one of the benefits is being able to do the things I want to when I want to.  When I travel with other people I don't like to leave them alone while I go off and do my own thing and they haven't seemed to like it either.

Some other benefits in my opinion of traveling solo include the following:

~ I can eat lunch and dinner when and where I want to (I can't tell you how many times it's taken an hour for a group of girls to figure out which café for we're diner we're going to have lunch at even know they're all serving the same thing).

~ I don't have to feel guilty about doing something or not doing anything at all.  I understand that most people like to maximize their time while traveling.  If I feel tired and want to take a few hours off, I do so when I'm alone.

~ Traveling can be stressful!  If you are not with a person that is used to it, you may start to feel a little bit like a babysitter.

I want to be clear that I do like traveling with people sometimes.  At the same time I don't mind seeing the world on my own.  The fact is many people don't want to travel to some of the areas I have visited and want to visit.  Other people have responsibilities at home which make it very difficult if not impossible to travel.  I've just come to the conclusion over the years that if I want to see certain places in the world I need to figure out a way to do it on my own at times.

One of the few things I don't like about traveling alone is asking strangers to take my photo.  It's nice to have a photo of yourself in the places he visit four memories into show people especially if you're a blogger.  I'm currently working on being able to take a decent photo of myself in spite of the fact that I don't like carrying around a tripod with me and setting one up in busy areas is nearly impossible!

I'd love to hear your thoughts about traveling alone.  Have you traveled to foreign countries or other states by yourself?  If so did you enjoy it?  Also would you do it again or would you prefer to travel with others in the future? 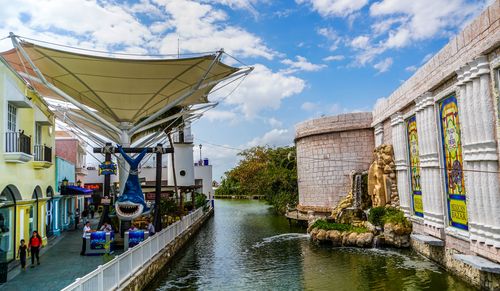 There are canals that run through this large shopping center.  Cancun is an island so this shopping center lies in the middle of it.  There are fountains in this outdoor mall area which I've seen children playing in during really hot weather.  During this visit to Cancun I was there in February and the weather was in my opinion perfect - high 60s at night and high 70s to low 80s during the day. 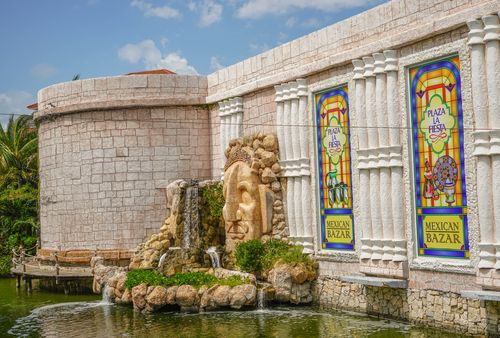 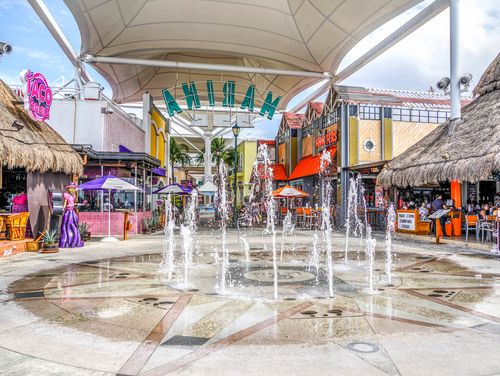 I thought these colorful shopping carts were pretty cute inside one of the souvenir shops. 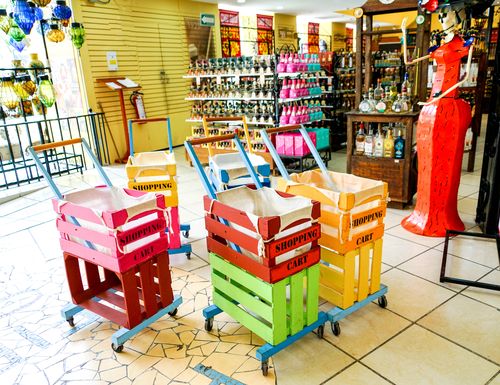 There were a lot of really nice outdoor eateries beside the water.  Although I didn't get a chance to eat at one of these this time I thought they looked great for having lunch or dinner as you have a view of the water, the marina, and the many people out enjoying their day. 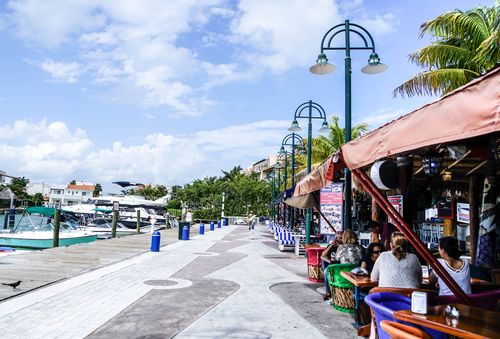 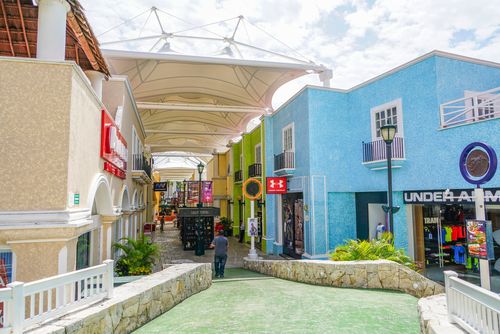 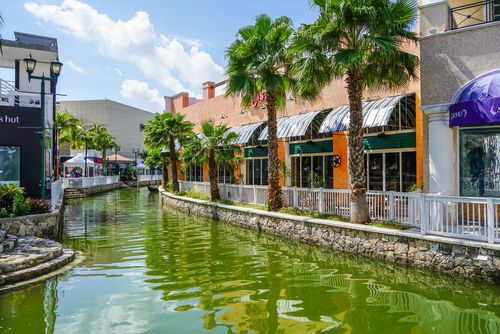 I didn't see anyone on gondola or boat ride through these canals but it is my understanding that they are offered.  As I said I wasn't there for very long.  I would really rather be out hiking in nature then at a shopping mall that I can get a lot of the same items at in at my local mall. 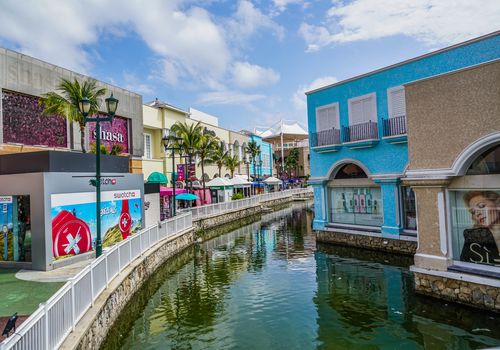 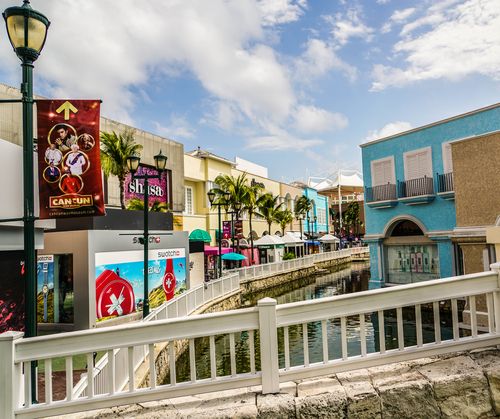 I will leave you with a photo of The Cancun lights at night.  I took this at F 1.4 which created the Boceh affect.  I did post this photo on Instagram and I had to laugh at one of the comments someone made.  They said this is what Cancun might look like to someone who would spent their evening enjoying the nightlife in Cancun!

I'm curious how many of you have traveled alone and if you like it?  Thank you so much for visiting.  I love to hear your comments and treasure all of them, I hope you  have a fantastic week!