Wandering and Searching Yogi
About Me Archives Travel Bucket List Africa Posts Antarctica Posts Asia Posts Australia/NewZealand Posts Europe Posts North America and South America Posts Bora-Bora, Tahiti and South Pacific Posts
My Visit To Xcaret - Part 2
Draw Me Like One of Your French Girls ~ If You Must 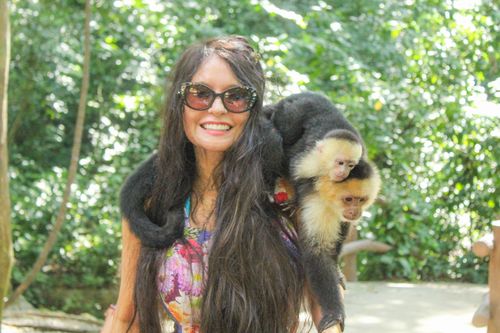 I'm always hesitant to purchase the shore excursions when I am on a cruise.  It is sometimes tough to know exactly what you will get out of them and they often are quite expensive.  I have had good experiences and not such great experiences when choosing excursions while on a cruise.  This was definitely a good decision.  I had an absolutely wonderful time at this animal sanctuary and park.

I had never visited Honduras before and really liked how green, lush, tropical and relatively undeveloped it was.  Although their are 90,000 people living on the island, it did not seem crowded at all.  One interesting fact that our guide at Gumbalimba Park told us was how mail is delivered.  Very few people receive mail on the island because they don't have addresses that are similar to what we are used to in the rest of the world.  There addresses might be the third Blue house behind the white one.

It was raining really hard when I left the ship to go on this four our excursion.  I decided to take my big camera back to the ship at the last minute as it's brand-new and the weather did not look like it was going to clear up.  I decided to use my point-and-shoot which is five years old and was barely charged.  I would've been better off using my iPhone but wanted to carry as little as possible on the tour.  I was very grateful that they had a photographer who took photos of us with the Capuchin monkeys who were so much fun to watch.  I would have loved to have gotten more photos of them but I am grateful that I was able to purchase a few that their photographer had taken for only $12.

I would recommend this tour to anyone who likes animals in nature.  I thought the price was very reasonable.  It cost $75 for an adult and $55 for a child up to the age of 13.  If I return to this beautiful island I will definitely return to this park.  I also thought it was very reasonable that I was able to purchase about 20 photos of myself with the monkeys for only $12.  I like taking my own pictures those would've been really tough! 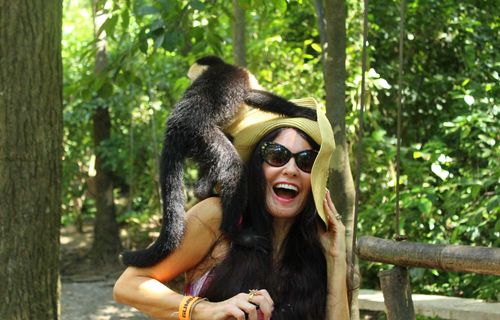 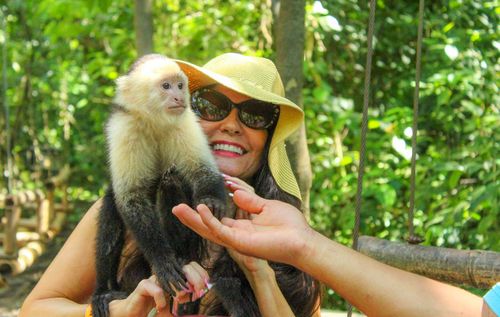 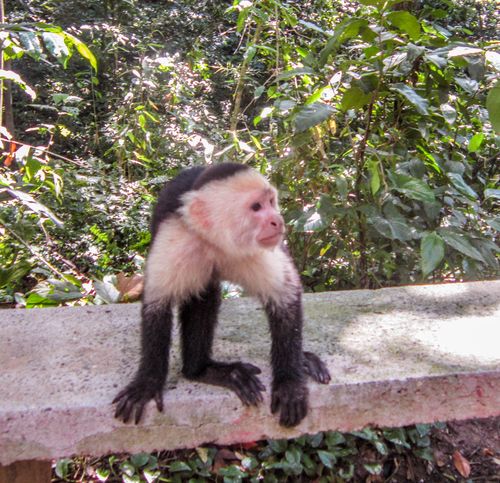 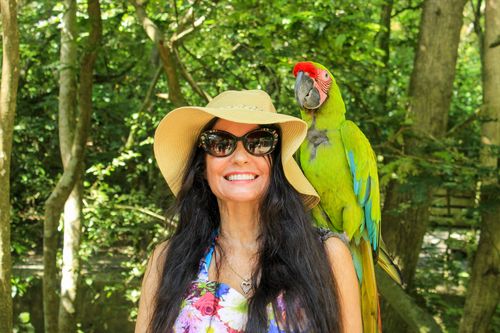 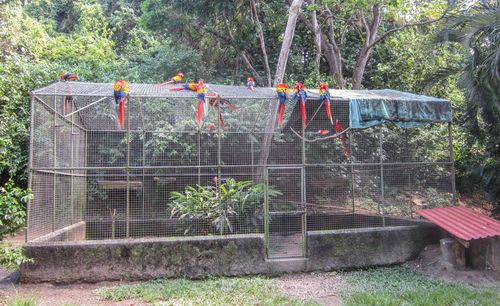 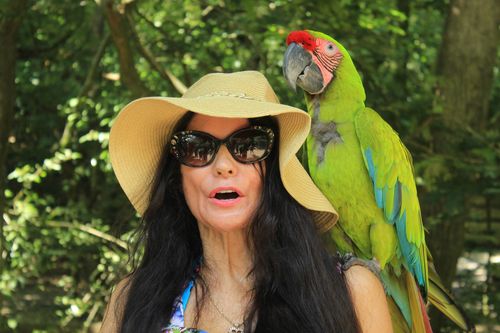 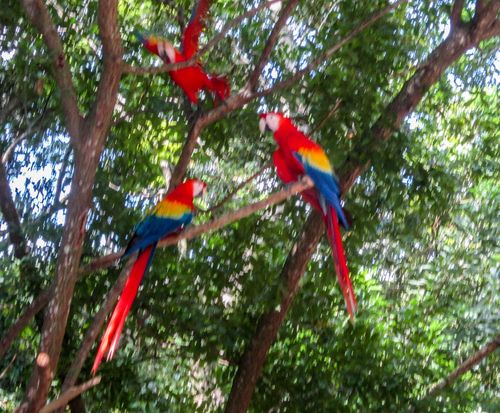 I had never seen one of these birds before.  It is called a Toucan.  I wish my camera had kept working longer because it was just so cute watching it.  They hop and are just really fun to watch. 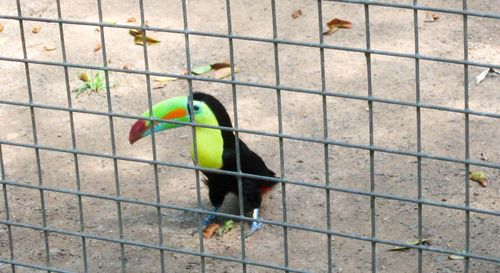 One of the best things about this park is they protect an endangered species of iguana.  Below is a photo of a black iguana.  There are very few left in the world. 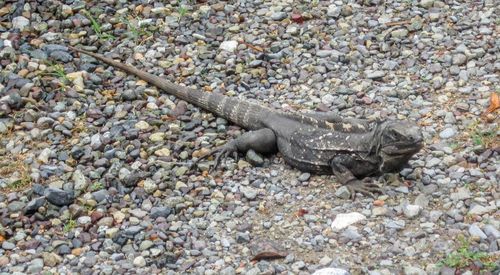 Here is a very nice little boy who posed for a photo while we were learning about the insects that are common in this area of the world. 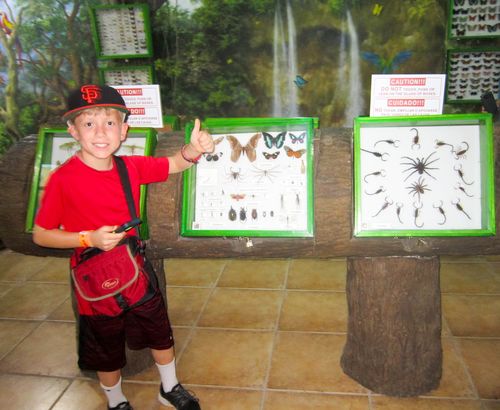 One of the things I like best about being on a cruise is seeing the sunrise in the sunset.  This was one of the prettier ones in my opinion.  Here is a view of the Roatan welcome center which was so much smaller then the other ports we visited.
Below is one of the prettiest flowers I've ever seen.  I only saw one in the park so I'm guessing they are out of season.  Orchids do you grow wild in this area and I believe it could be a type of orchid. 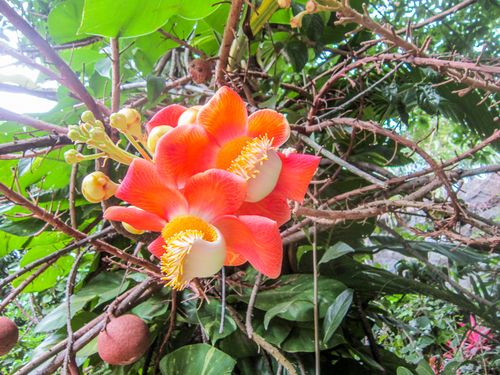 I had never walked across the suspended bridge like this.  A few people in my group for a little worried about it.  I went slowly but it seemed quite sturdy. Peanut what's wrong 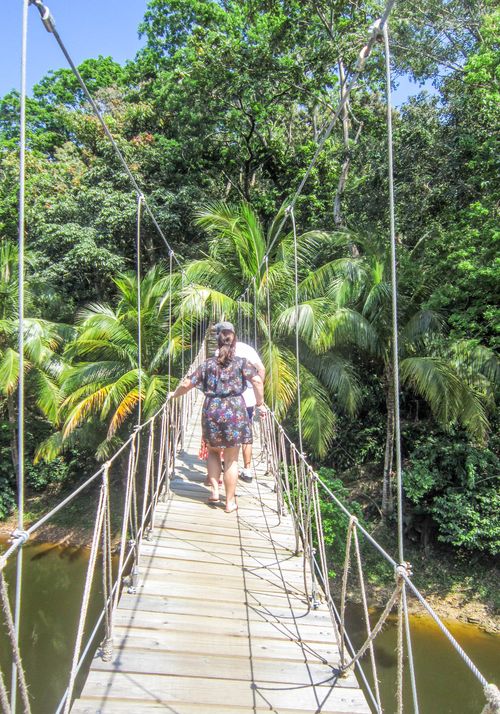 As you can see from the photos below the grounds were very beautiful and well kept.  They reminded me slightly of some of the areas I have visited Hawaii especially Kauai and Northern Maui. 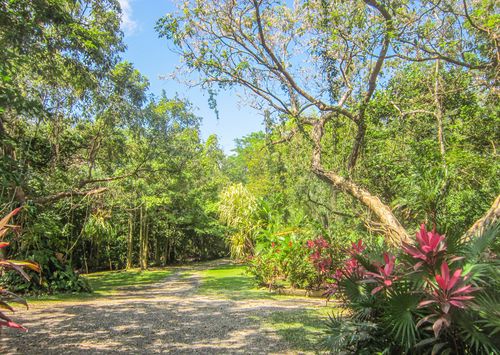 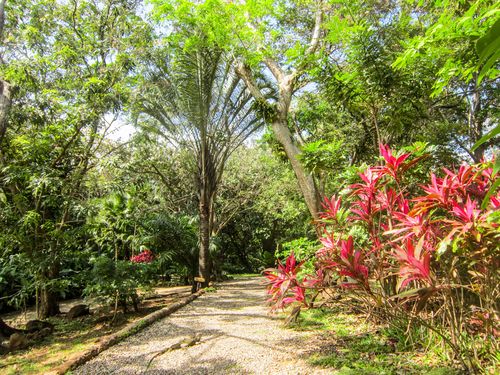 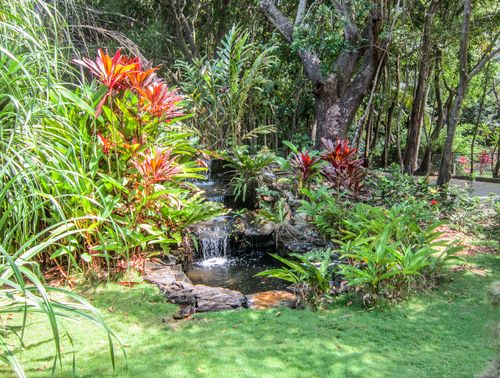 This is what the weather looked like just before I left for this shore excursion and why I didn't take my new camera with me.  As you can see from the above photos the weather completely cleared up as we arrived at the park. 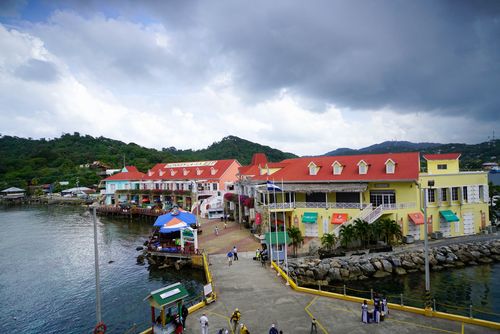 Here are a few shots of the island from the ship: 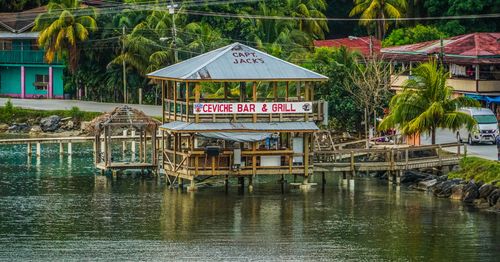 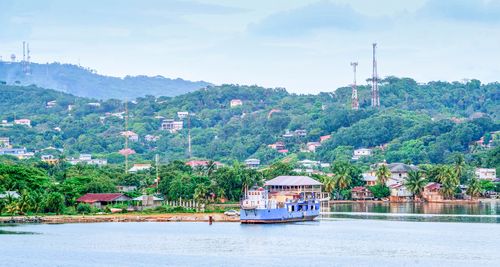 This photo was taken from the ship when we returned in the late afternoon.  I was reminded slightly out of the island revisited in French Polynesia. 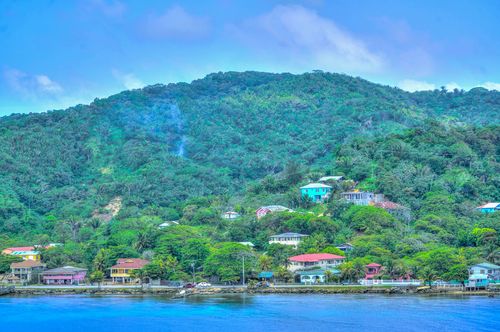 One of my favorite things about going on a cruise to seeing the sunrise and sunset.  I was not disappointed by the one that I saw in Roatan.  I love how some of the clouds matched the buildings in the port. 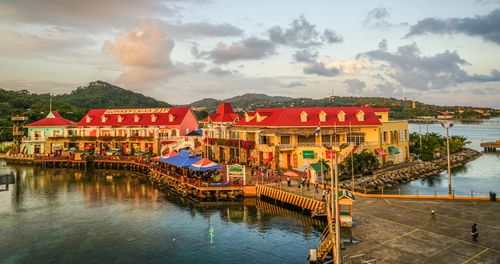 Thank you so much for visiting my little corner of the world wide web.  I love receiving comments and questions.  Have you ever visited Honduras?  It's so did you like it?   If not I would love to hear about other areas of the Caribbean that you had visited or are interested in visiting.