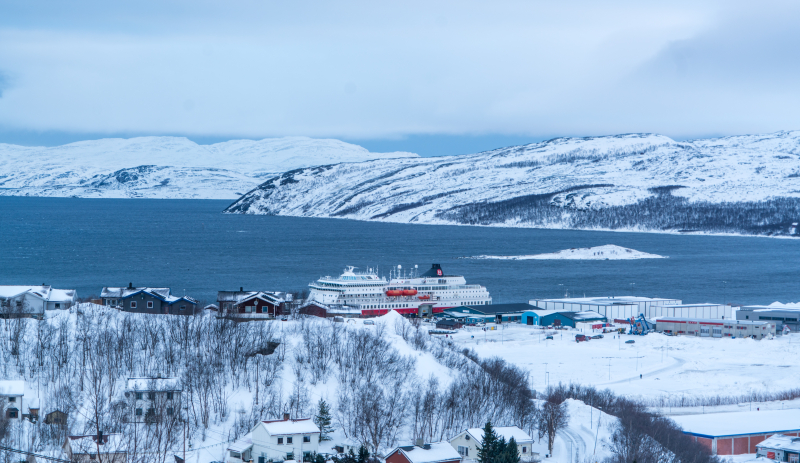 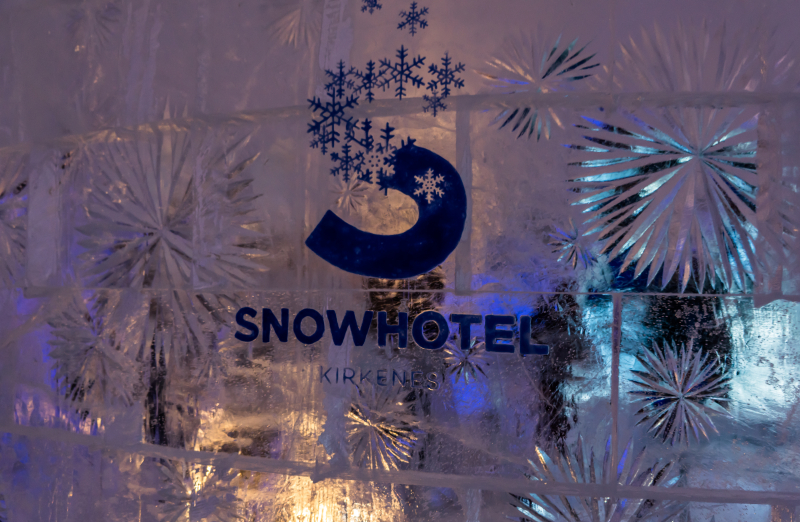 Happy Mother's Day to ALL Mothers!

After reading many beautiful and heartwarming articles written by mothers and daughters about Mother's Day, I wanted to share some of the photos and stories of animals I've seen around the world taking care of their young.  Some of you know that I've been involved in animal rescue for many years and have a soft spot in my heart for all animals.  I am always amazed at how protective and caring animals are of their offspring.

I really wanted to write a post in honor of all mothers and especially those that are often overlooked on Mother's Day each year.  If you have pets you are a mother they could not survive without you!  I wrote a similar post about animal mothers and their offspring for Mother's Day a couple of years ago.  One of my readers was very grateful that I had posted it.  Sadly not humans have a mother at all or one that they are close to.

My husband and I have also taken in several stray pregnant cats.  We found homes for all of the babies and mothers including the seven orange ones in the second photo down.  We actually kept the mothers - Princess (the black cat) and Peaches (orange cat) for ourselves.

The monkeys that I saw at the Monkey Forest in Ubud, Bali we're so fun to watch.  The babies were so cute and well taken care of by their mothers.   I thought this mother was showing tremendous patience with her little one. 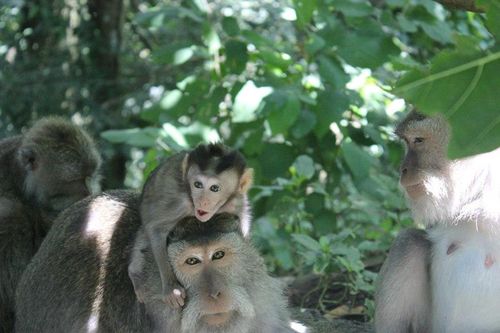 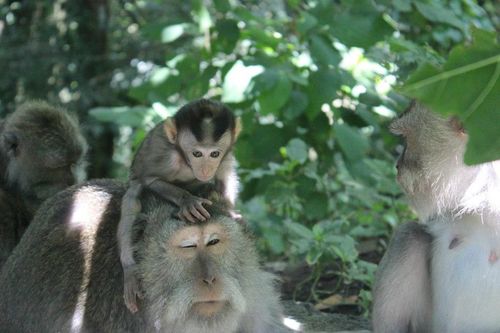 Here is a mother monkey feeding her baby what appears to be some coconut: 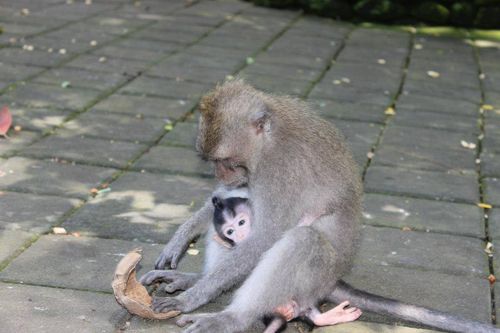 I saw many elephant mothers with their babies in the Serengeti National Park while in Tanzania:

“Cats are smarter than dogs. You can't get eight cats to pull a sled through snow.” ~ Jeff Valdez

I decided I wanted to go on a helicopter ride and see the beautiful Mendenhall Glacier while in Alaska. I also wanted to go dog sledding although this kind of goes against my belief that animals should not be used as entertainment for humans.  I did, however, want to meet the dogs and see what their lives were like.  It turns out I had a wonderful time and the dogs seemed very happy.  They were so friendly they almost reminded me of how my cats are so cuddly.   They  loved attention from people and the man in charge of the pack talked about them like they were his children.  We were taken on a scenic and FUN dogsled ride.  I asked a question regarding what happens to them when they are no longer able to pull a sled. The guide said they went to a home in Wyoming. which is the same place they go when the season finishes in September.  Each day while in Wyoming, they go on a 15 mile run every morning and night.  These dogs definitely get their exercise and we all know the dogs love to go for walks and runs!

The helicopter ride was absolutely amazing I wish my photos reflected how beautiful the scenery was but it is difficult to take photos from a helicopter especially from the front seats I learned while in Hawaii is sitting in the back is a better place to take pictures.  It's okay because the experience is enough photos are a big plus but the experience in itself was so worth it!

I do believe that the Iditarod  should be stopped.  Unfortunately some dogs die!  Here are some articles written by people who witnessed this race or horrific tragedy.

I'm glad that I went on this shore excursion.   I don't think I would do it again although the dogs seem very happy and healthy.  I just can't avoid my thoughts that animals are not to be used for human entertainment.   Overall I was glad to see how happy the dogs seem.  It made me sad to think about our dog who was adopted as a stray around five years old he had been abandoned and abused we found him running around in traffic.   He has separation anxiety disorder because of everything he went through as a young dog.  He's 14 now, but his life was pretty tough in the beginning.  These dogs were definitely leading a charmed life compared to our Shadow. 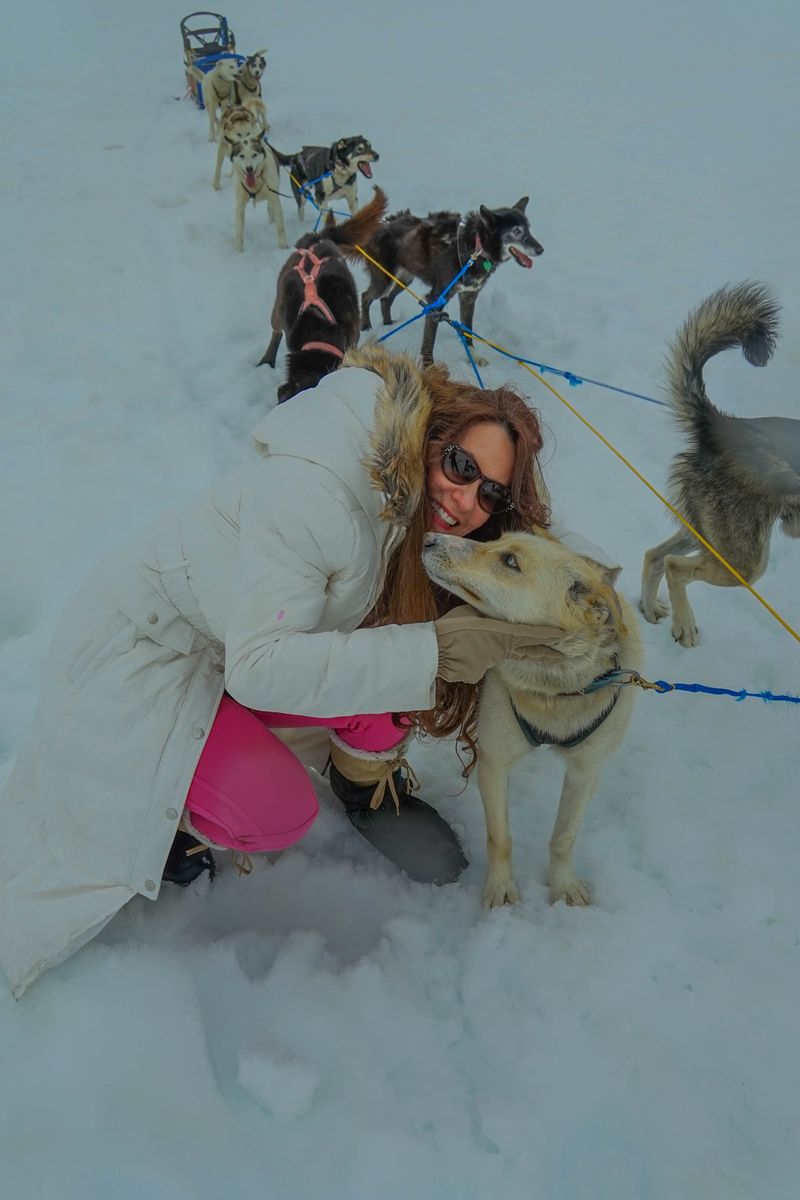 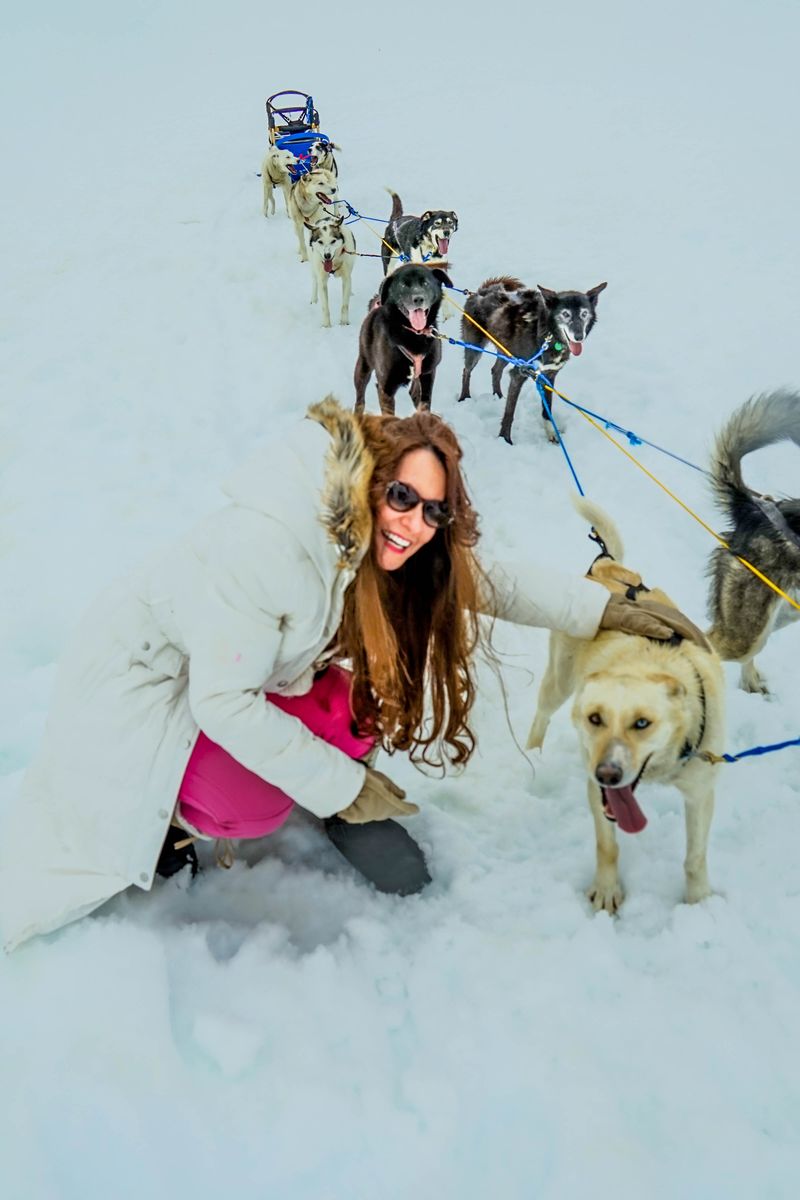 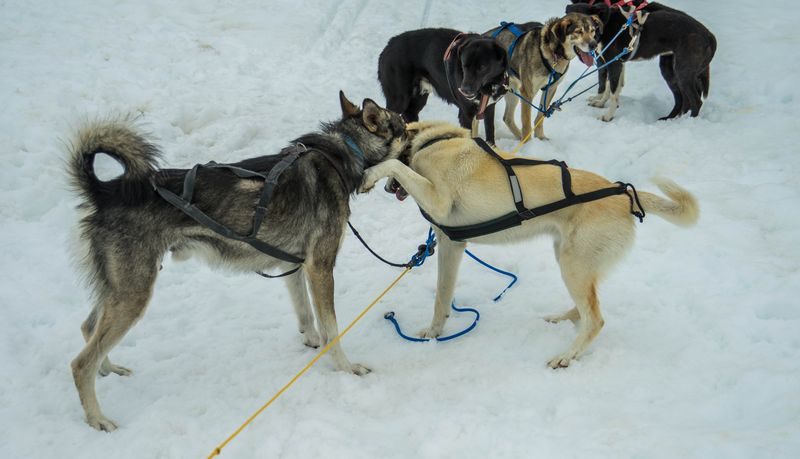 They truly did love attention and being touched! 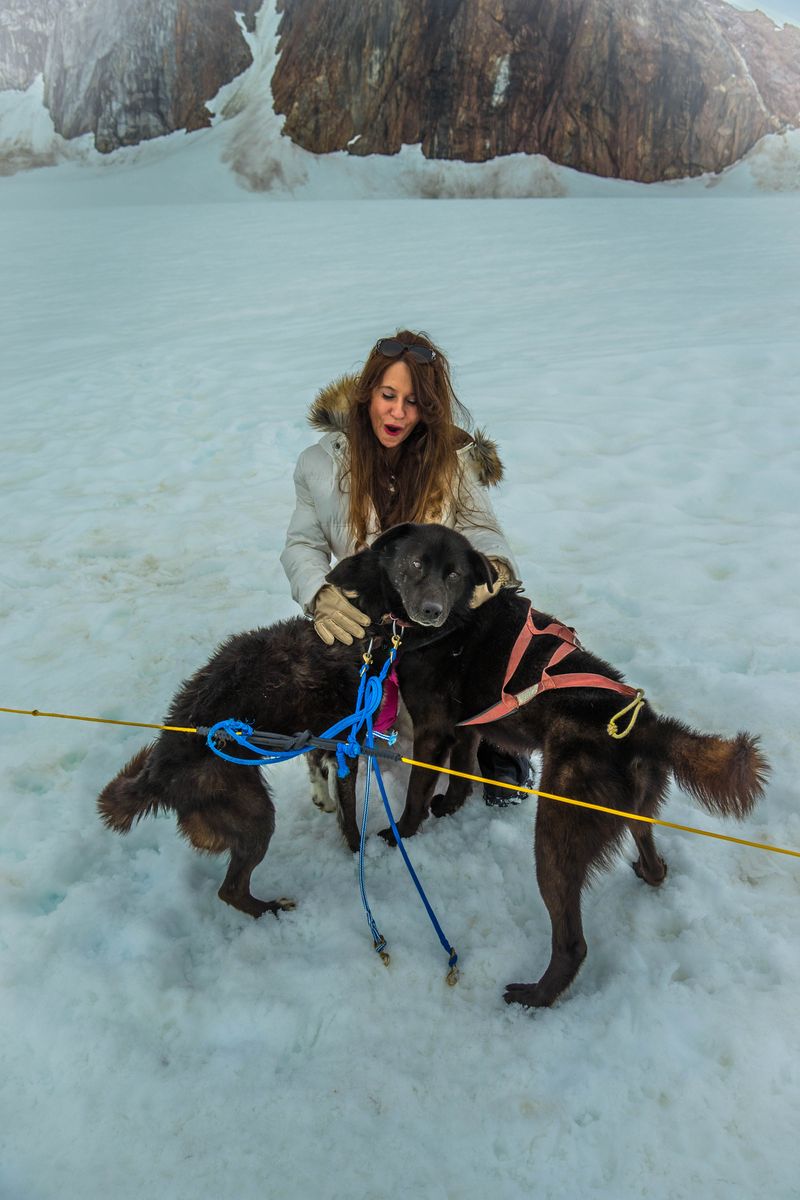 4 day old puppies with their mother: 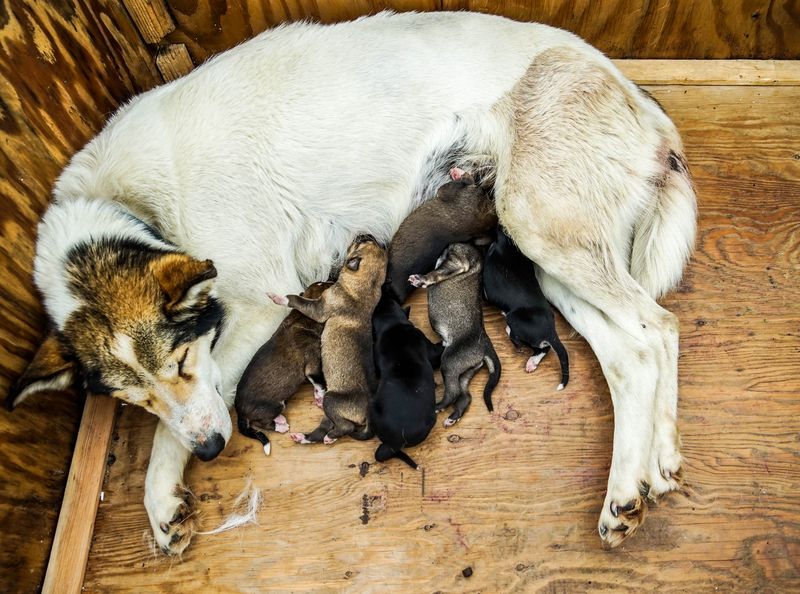 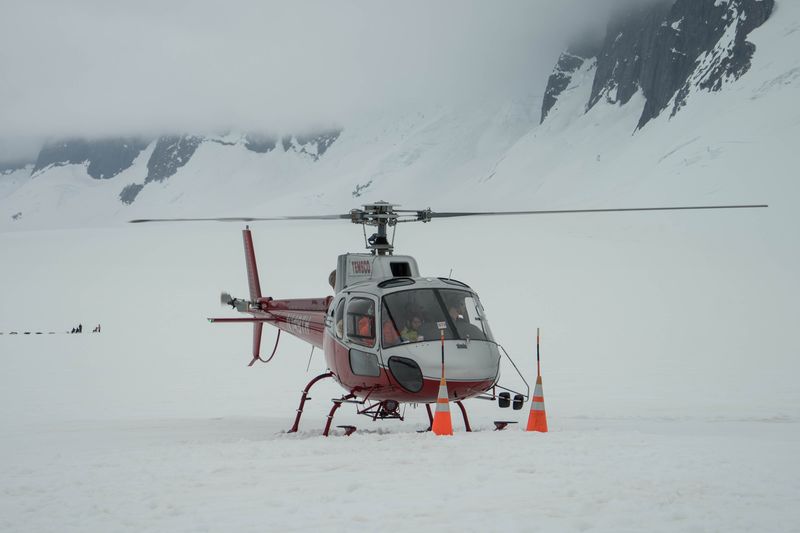 Aerial view of the Mendenhall Glacier from the helicopter: 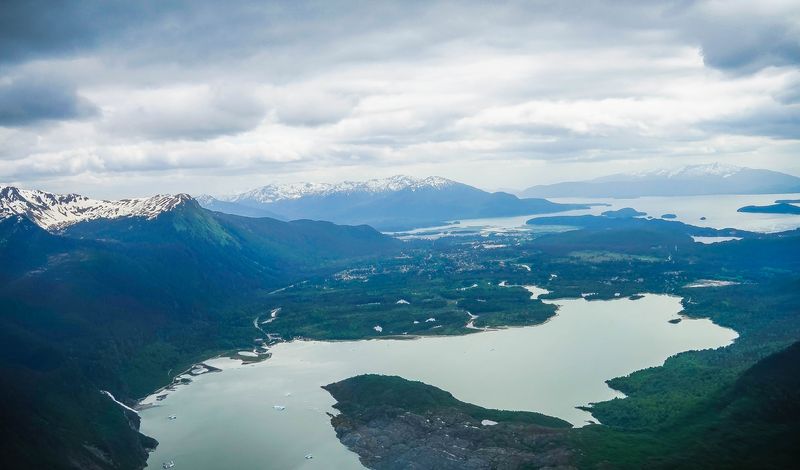 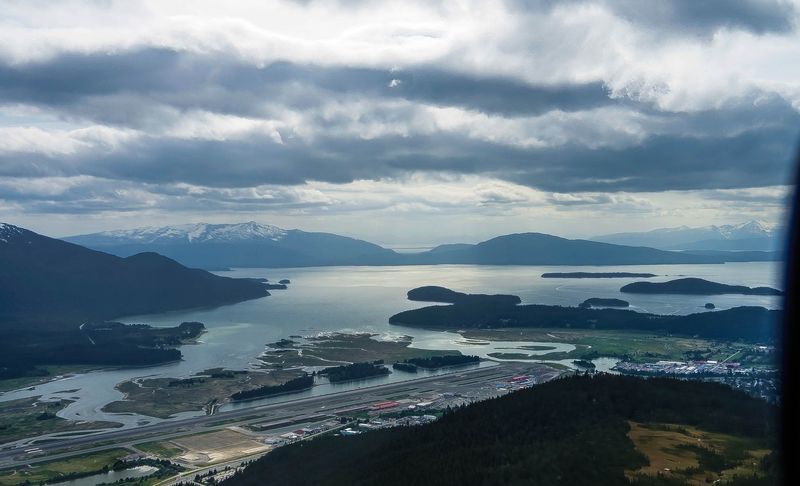 Where the crew sleep: 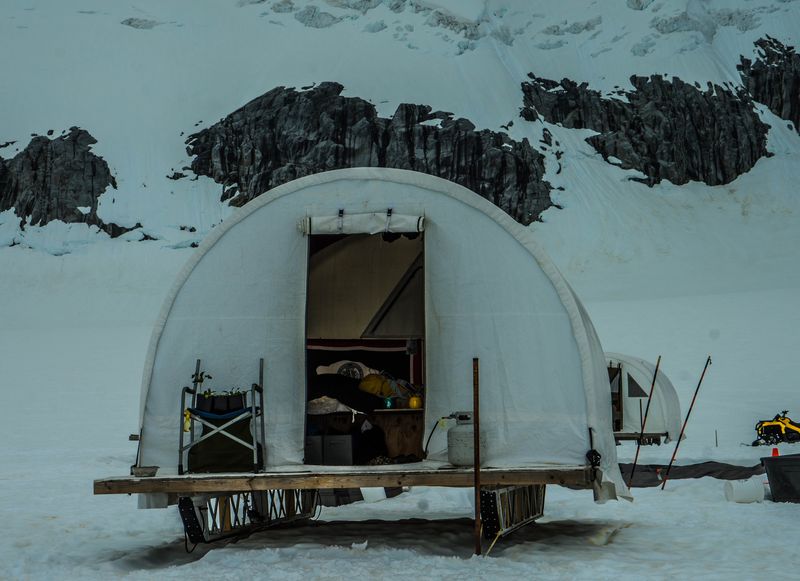 I thought they were beautiful and I am definitely more of a cat person! 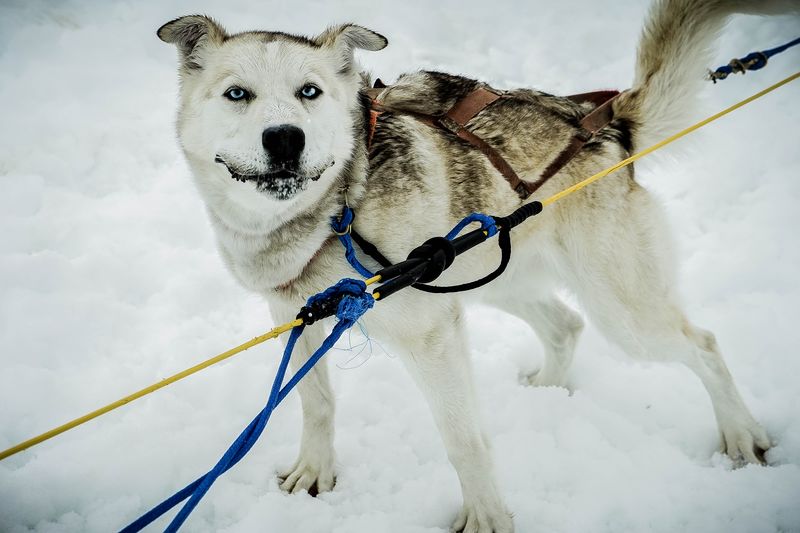 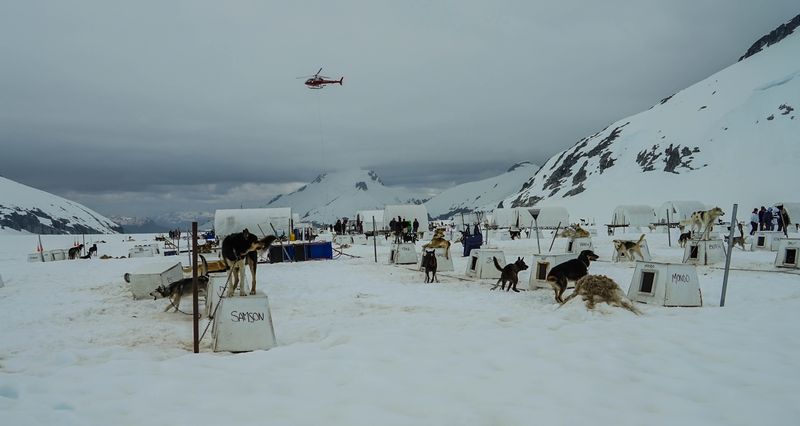 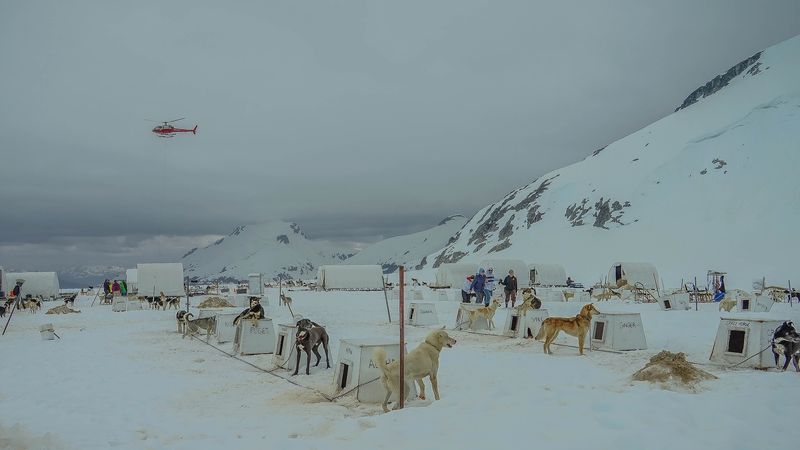 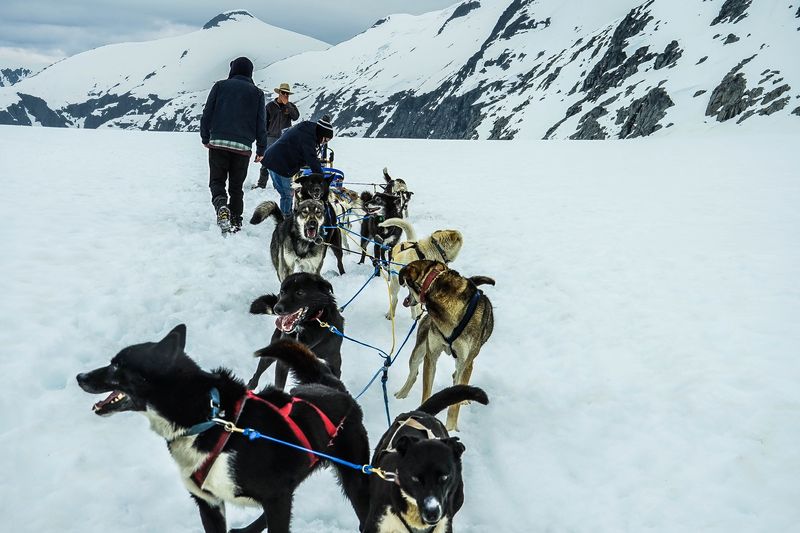 I will leave you with a photo taken of our "team".  I was obviously having a blast! 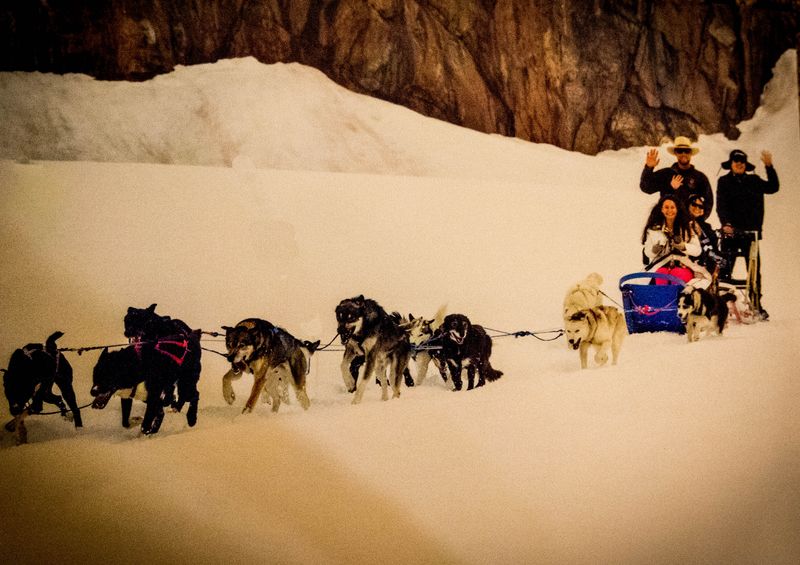 What are your thoughts on whether or not dog sledding and or the Iditarod humane and or ethical?

Thanks so much for visiting.  I'll be posting more about my cruise to Alaska once I recover from jetlag - again.  Take care my friends