I wanted to see the Coral Castle when I visited the Miami area because it looked to beautiful in the photos.  I was not prepared to hear the interesting stories surrounding the man who built it, how he did it, and why.  Like the Egyptian pyramids, much of how one man was able to work with stones weighing a ton or more remains a mystery.

A man named Edward Leedskalnin was rejected by his 16-year-old bride to be in Latvia just one day before the wedding.  Edward decided to leave for America at that point.  He spent more than 28 years building the castle and refused to let anyone view him working on it.

The Coral Castle is made of a stone called Oolite (see the close-up below).  The Florida Keys and the surrounding Miami area are primarily made up of Oolite.  The Coral castle has remained intact since the builders death in 1951 and survived a direct hit by Hurricane Andrew.

Along with  the builder's two story residence, the castle contains the following impressive items:

Furniture including a heart-shaped table, a table in the shape of Florida, twenty-five rocking chairs, chairs resembling crescent moons,

A bathtub, beds and a throne.

The current adult admission fee is $16.00/person.  More can be read at the Castle's web site here:   http://coralcastle.com/

Here is the view as you walk through the doorway of the Coral Castle: 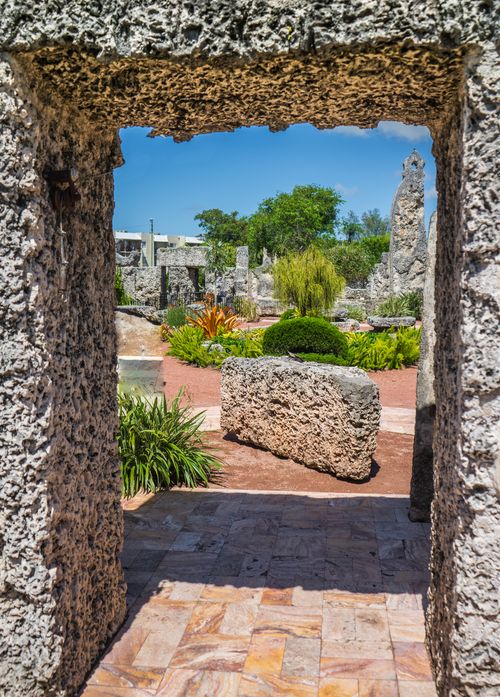 It used to only cost 10 cents to see the Coral Castle.  The owner left a bell for visitors to ring.  If he didn't answer, they were supposed to slip a dime in the slot. 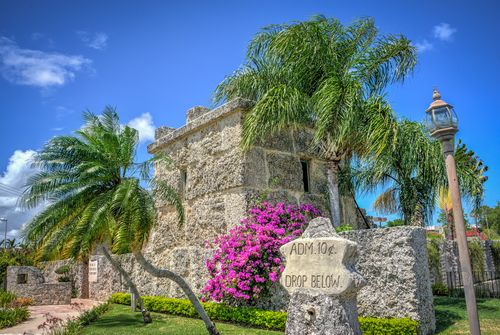 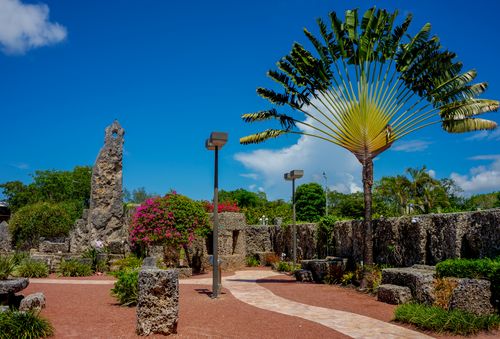 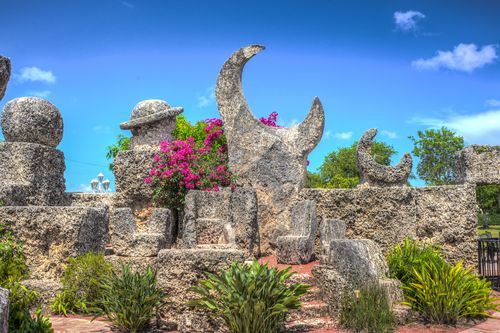 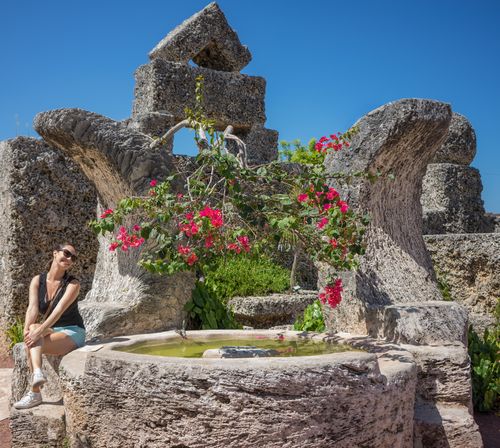 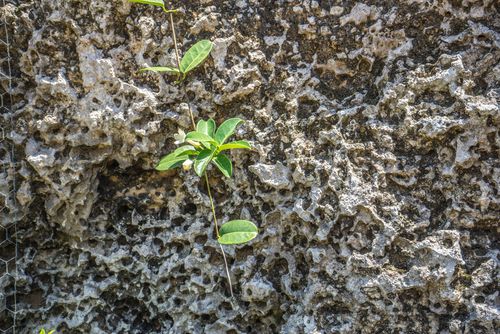 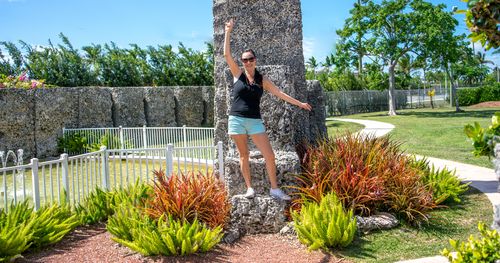 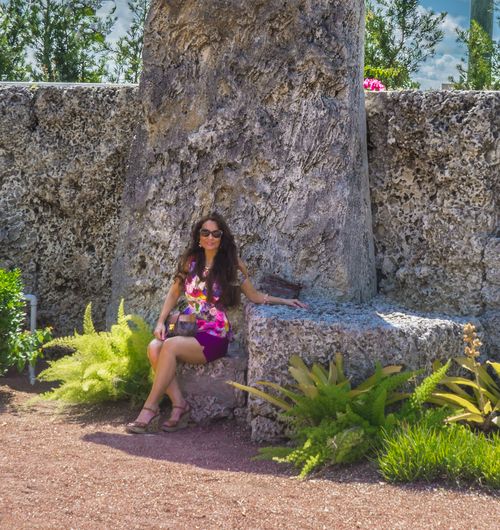 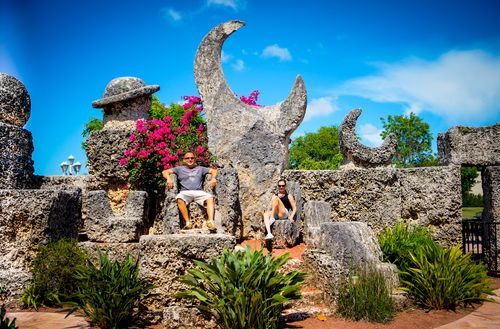 Here is the entrance to the builder's living quarters.  Edward didn't have an air conditioning when he needed a break from the intense South Florida heat.  I imagine he could have used it while working as hard as he did! 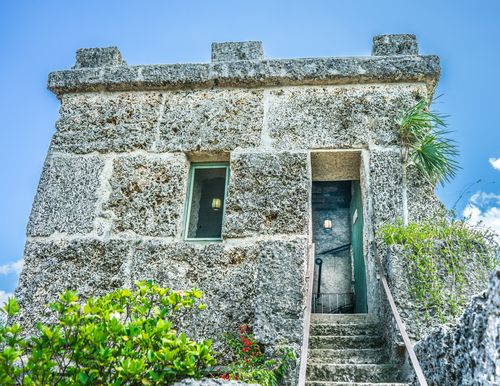 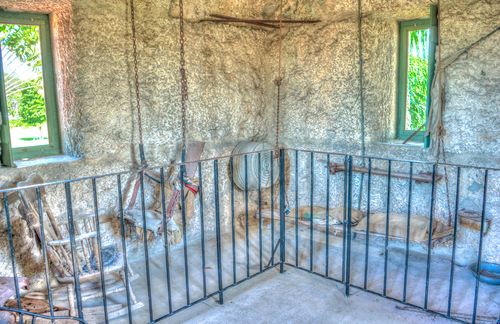 The Coral Castle has a nice cafe and outdoor eating area: 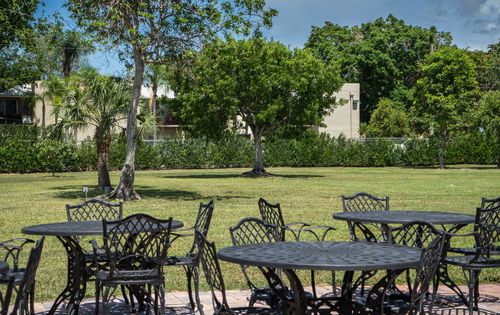 I will leave you with a couple photos of my friend Jahna Robertson and I: 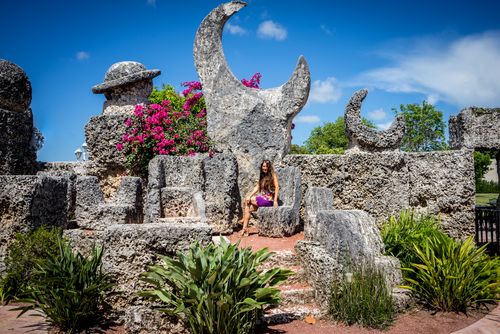 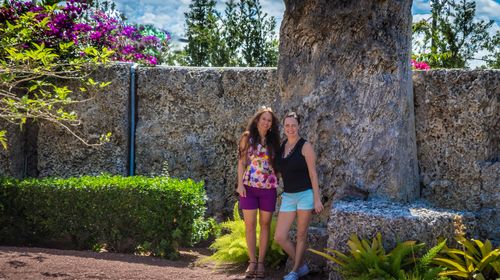 Thanks so much for stopping by.  Please feel free to ask any questions and of course comments are always appreciated.  I hope you are all having a great week.