The Island of Rangiroa in French Polynesia: The Second Largest Atoll In the World

Here is Rangiroa which is the second largest atoll in the world. I could only take photos from the ship because we weren't able to get off the boat due to wind and rough shallow water. It was still pretty cool to see as I'm just a very curious person who wants to see just about everything in the world even though it's not that exciting. It looks like a ring which is basically what an atoll is - a ring shape reef formed of coral. 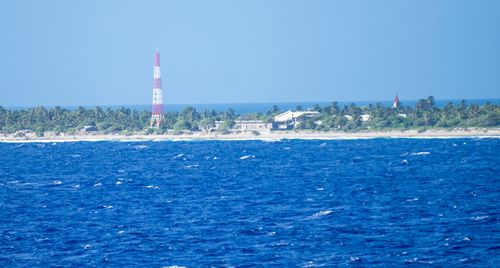 I apologize that you can't see much from the photos, but thought I would share.  I truly didn't know what an atoll was.  Too bad we didn't get to go on shore, but this situation seems to happen to me a lot on cruises.  Have a great week everyone!